Running Together, Running Razem with Sanctuary Runners : Join us 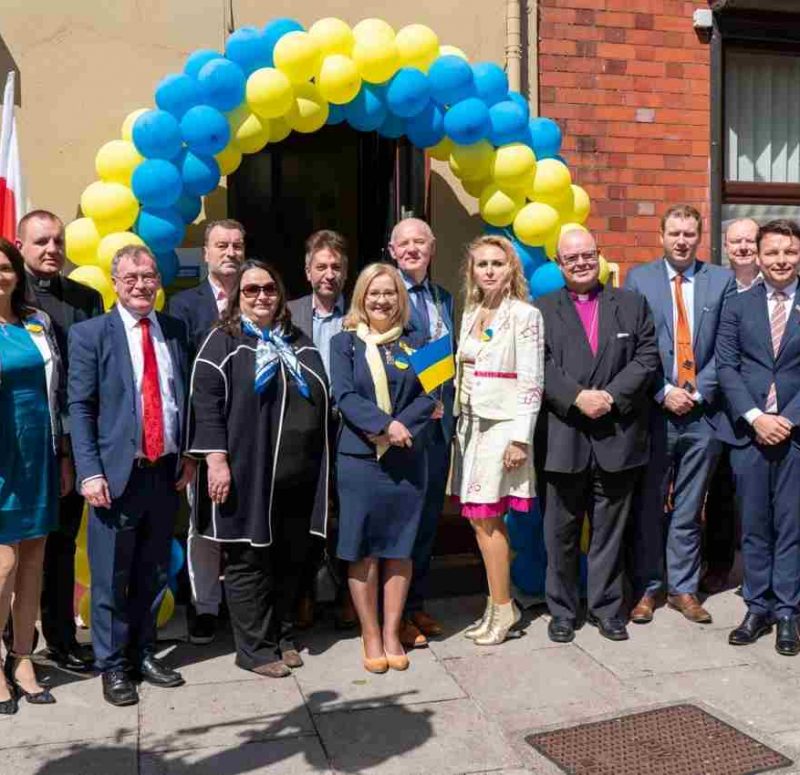 A new support hub, Together4Ukraine, which will provide vital integration services and supports for Ukrainian refugees in Cork was officially opened on 10th May by Deputy Lord Mayor Cllr. John Sheehan. The event was also attended by Ukrainian Ambassador to Ireland, Larysa Gerasko and Polish Ambassador, Anna Sochanska.

SingerYulia Kolomijets opened the event with a beautiful rendition of the Ukrainian national anthem.

Crowds of supporters, local and Ukrainian, dignitaries, service representatives and community members and refugees attended the event, which was officiated by CEO of Together Razem, Voyteck Bialek.

Together-Razem is a migrant-led organization which supports Eastern European migrants in Ireland. Since the invasion of Ukraine earlier this year, Together-Razem has been inundated with requests for help from newly arrived Ukrainian refugees and founded the Together4Ukraine hub to meet the needs of refugees presenting to them.

Bialek, said: “The war in Ukraine has inflicted unimaginable suffering on the Ukrainian people. Since the outbreak of the war, Together-Razem has been supporting Ukrainian refugees arriving in Cork – doing what we can to help them adjust to their new surroundings. We are delighted to now have a dedicated, culturally familiar space to provide these essential services for Ukrainian refugees. The Together4Ukraine hub will provide access to vital services in their own language, ranging from mental health supports to support accessing employment opportunities, as well as English language classes and family support programmes. Providing these services and assisting Ukrainian refugees go navigate Irish systems will support them to integrate into society, until such time as they feel safe to return home.”

Both Ukrainian and Polish Ambassadors spoke movingly of their appreciation of the efforts of the Irish government, volunteers and community organisations, including Together-Razem, in welcoming refugees from war-torn Ukraine. Polish Ambassador Anna Sochanska described the Irish – Polish – Ukrainian relationship as being ‘like that of sisters”, noting longstanding and current Polish Ukrainian solidarity, with Poland particularly empathising with her Slavic neighbour’s experience of Russian oppression, through their own understanding of invasion.

Ambassador Sochanska said that Ireland has joined the sisterhood in recent months having “excelled in its solidarity and empathy” to those fleeing the war torn region.

Larysa Gerasko, Ukrainian Ambassador to Ireland thanked the Polish community in Ireland for their support, the Irish for their warm hearted welcome. She spoke of her hope that the Ukrainian community will “enrich Irish society and become contributors to the community.”

Decorated war veteran ‘Alex’, read in Ukrainian from a selection of his poetry, in a rendition that was heartfelt and impactful, all the more so as it was delivered while standing in front of a Ukrainian flag, signed by members of his division who had been fighting with him on the front line in Donbas.

Kateryna Bilohlazova, a survivor from Mariopul told how she had to dodge shelling while escaping from the city, following four weeks sheltering in a cellar from the Russian bombardment, with little food, and no electricity, light or heating.

Another Ukrainian refugee, Anna, related her experience since arriving in Ireland, how she had managed to find a job, and an apartment to rent in Macroom, and is now living without state support, providing for four children and living independently. She called for Ukrainians who have arrived here to “empower themselves to move on from state support as soon as they feel able and join the workforce” She thanked Together-Razem for their support in helping her to move out of state accommodation in Limerick and get herself and her children set up in her new place.

Svetlana Zakharova, Outreach worker with Together Razem, provided translation, so that everybody in attendance could understand the speakers. In closing the event, Vice-chairperson of Together Razem, Brendan Dempsey spoke of the trauma experienced by those fleeing the conflict and his hope that “in Ireland you will once again experience a feeling of being safe”. He also thanked the Irish community and Blackpool Community Centre in particular for their support in providing a location for the hub.

CEO Voyteck Bialek similarly thanked local agencies and support organisations “Cork HSE Social Inclusion have funded a Ukrainian Support Worker and Cork City Partnership have provided a temporary part time support worker and SICAP funding. Tomar Trust have also helped us. Many others are keen to link with us. This support is very welcome, but without core funding we face significant challenges.”

Bialek invited those who wish to support the efforts of Together4Ukraine to go to their website https://donorbox.org/ukrainian-refugees-1 to donate. Bialek said “We are here to help – by donating to Together-Razem you will support the Irish response to the crisis and help Ukrainians in need.” 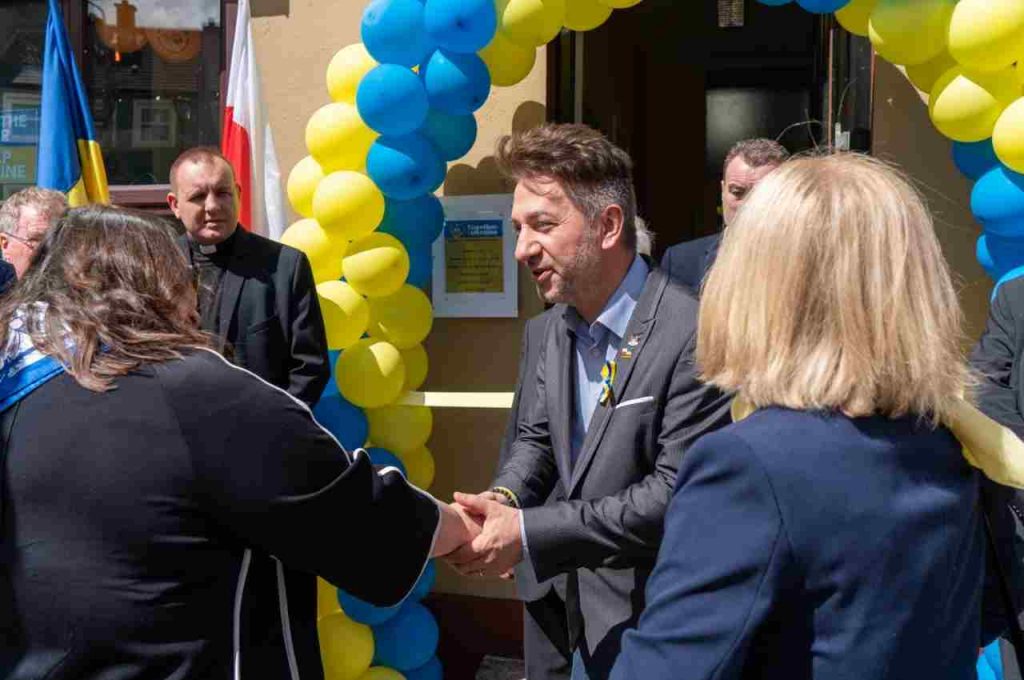 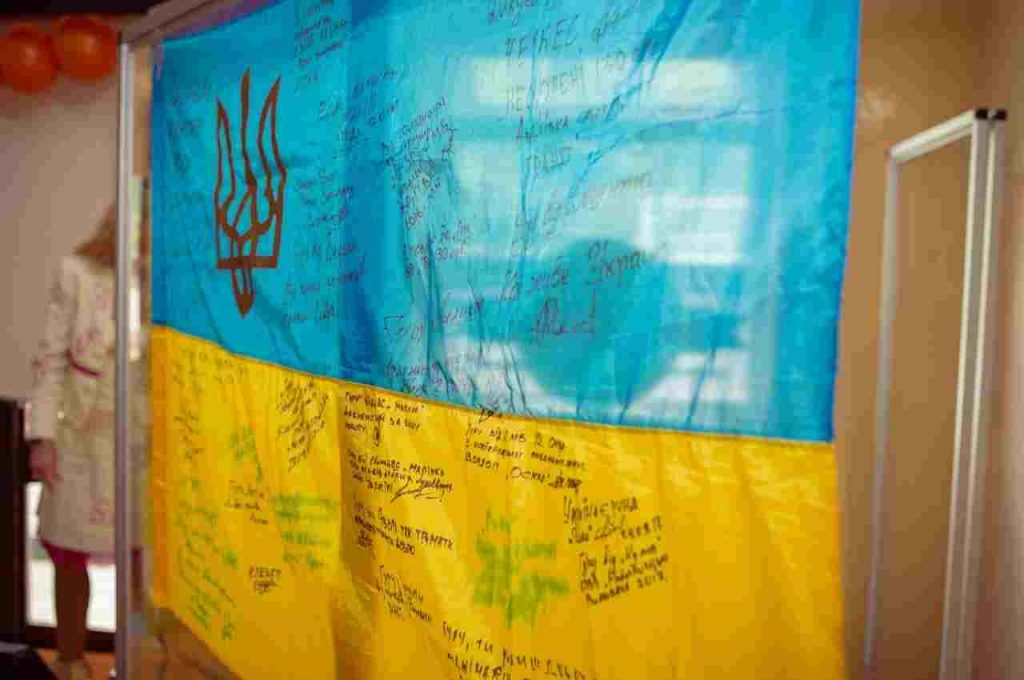 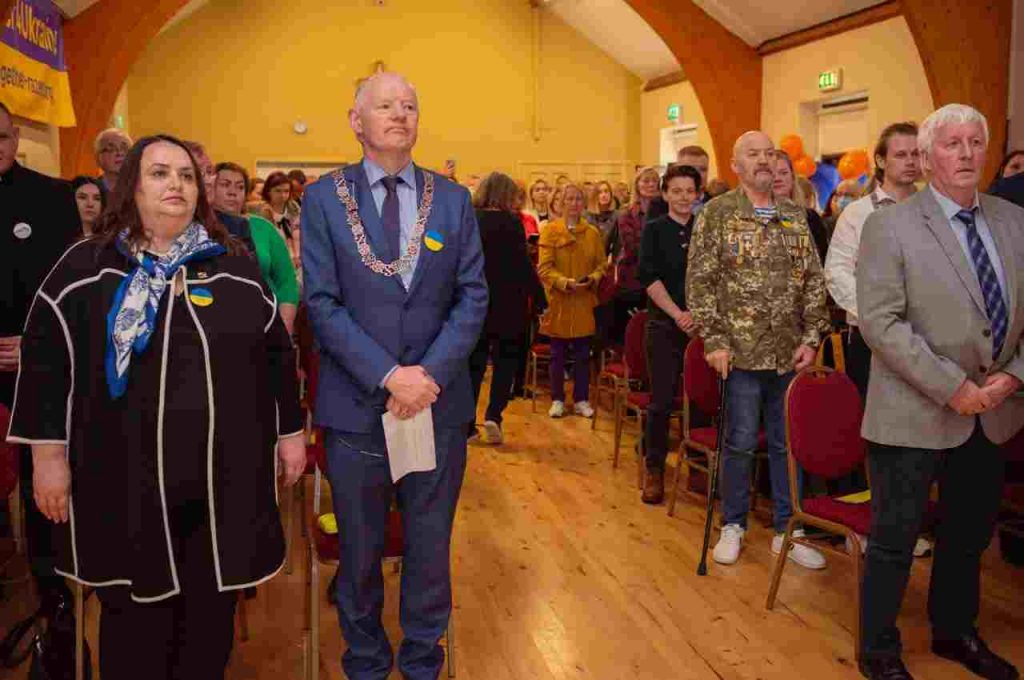 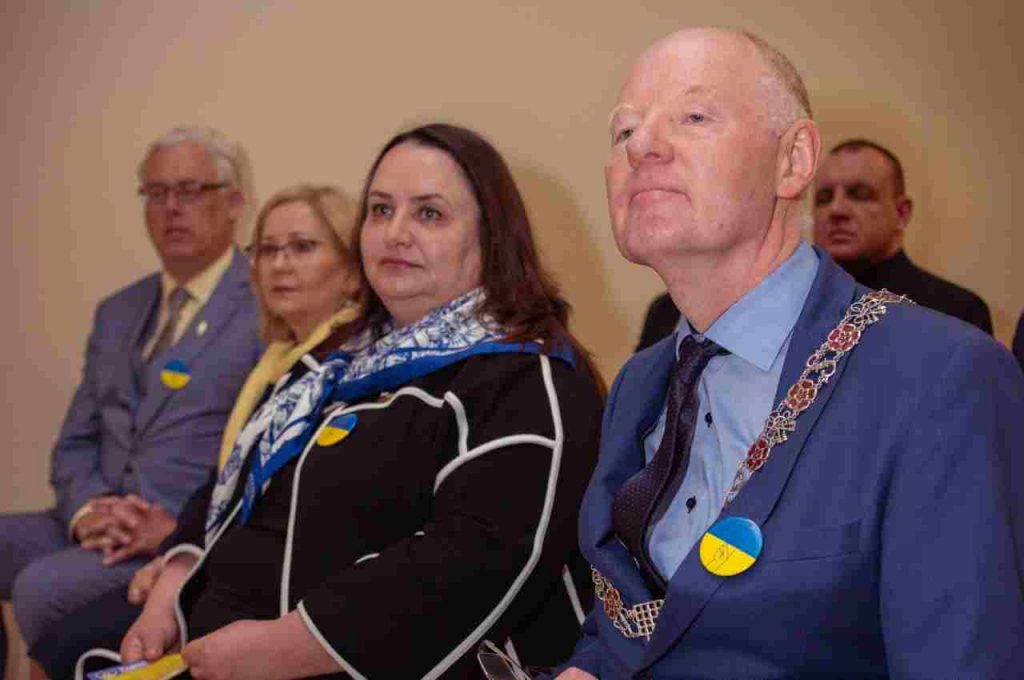 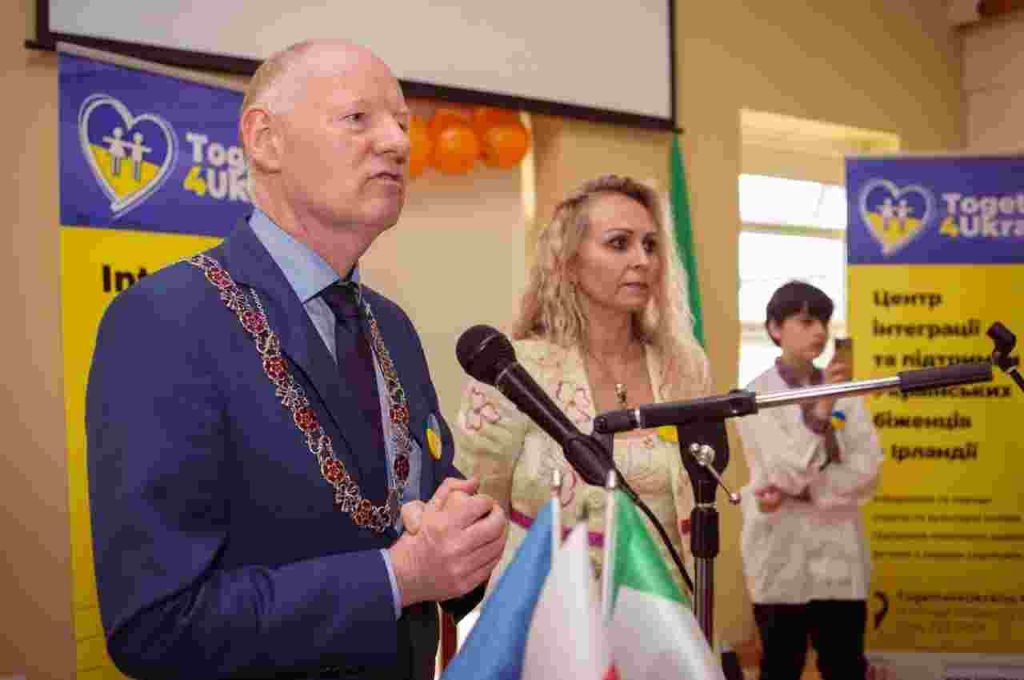 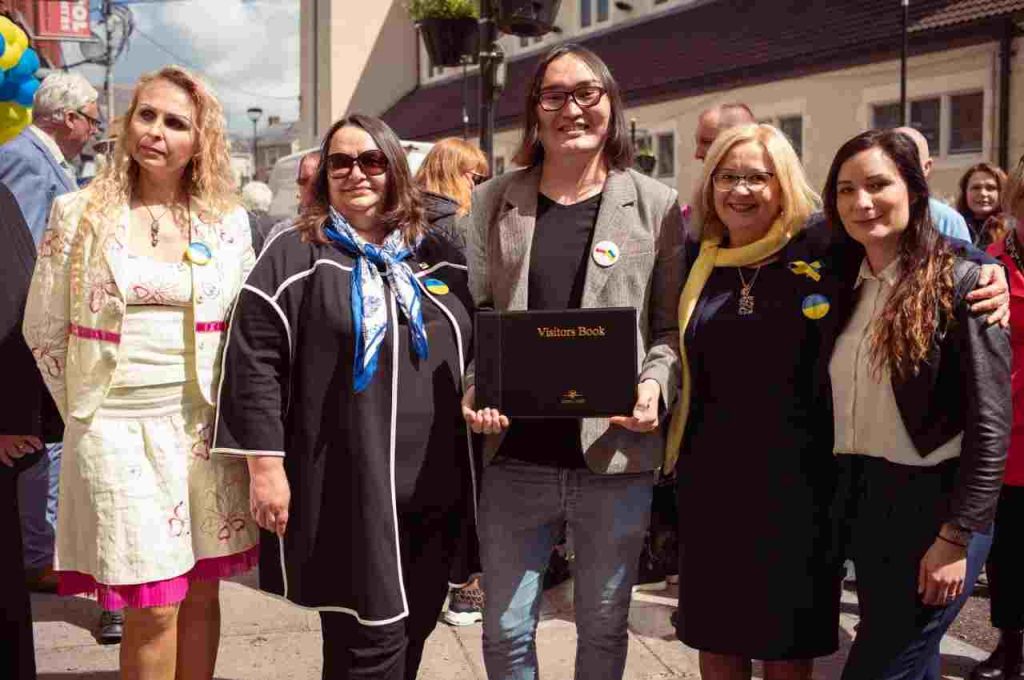 Staff and the Ambassadors 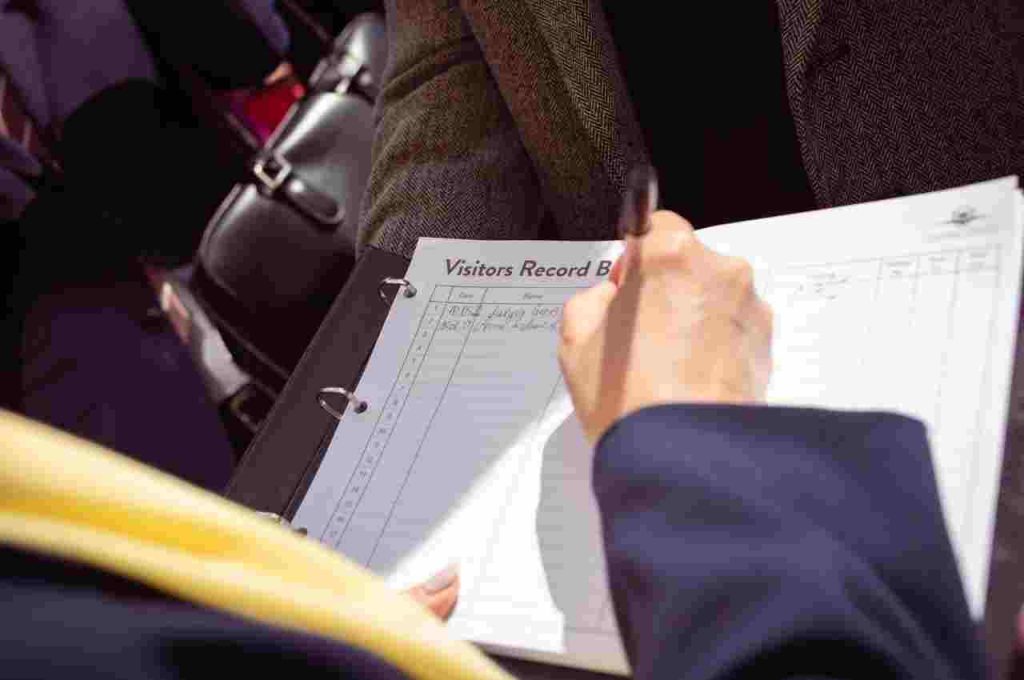 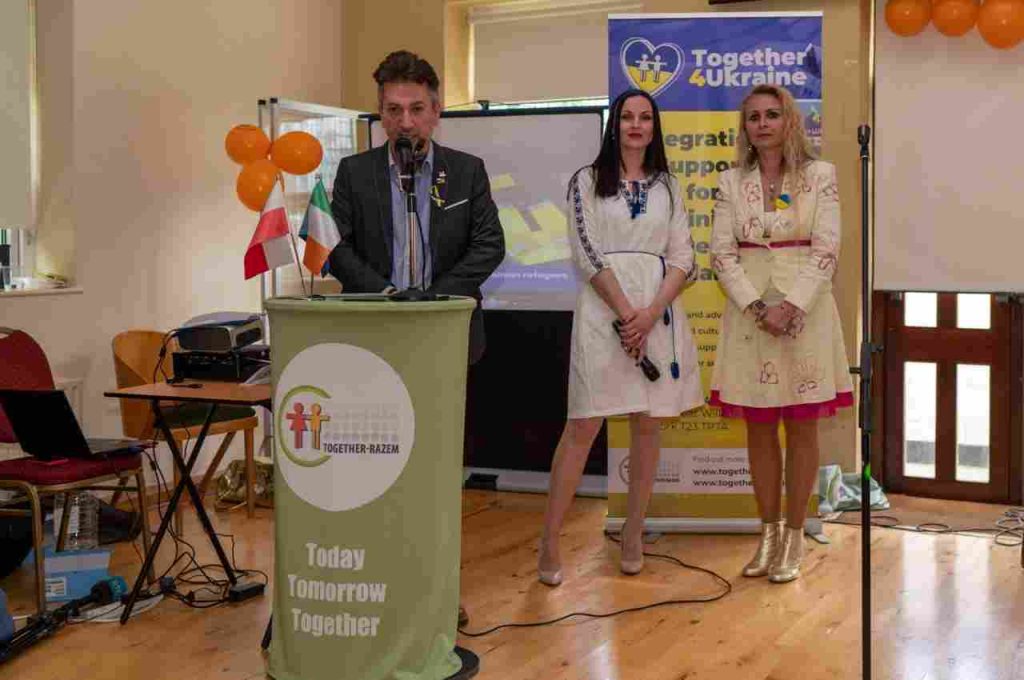 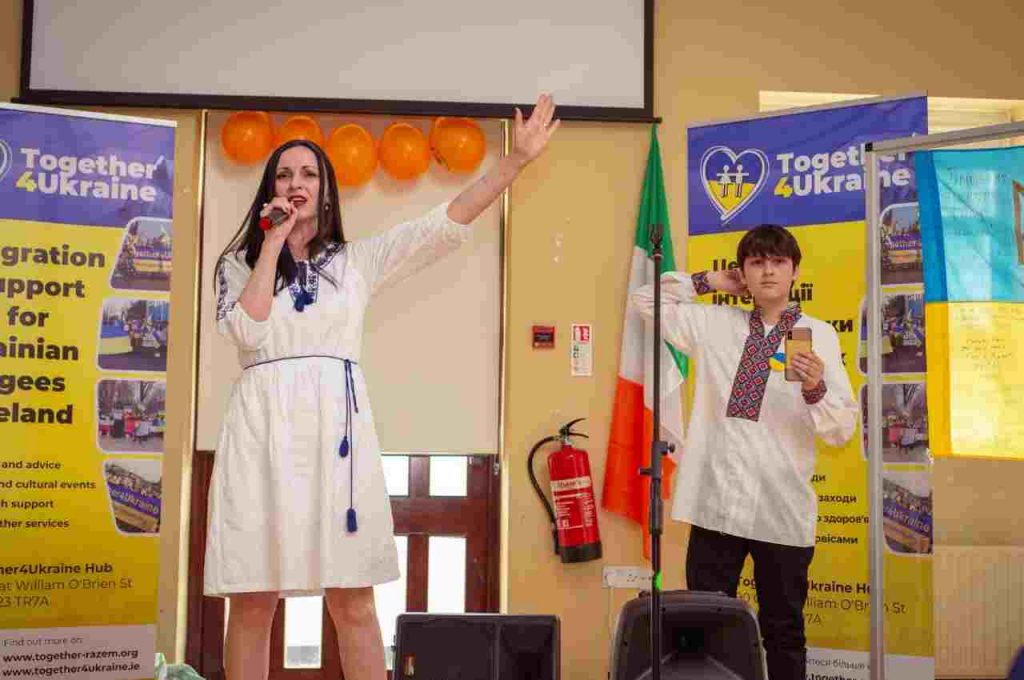 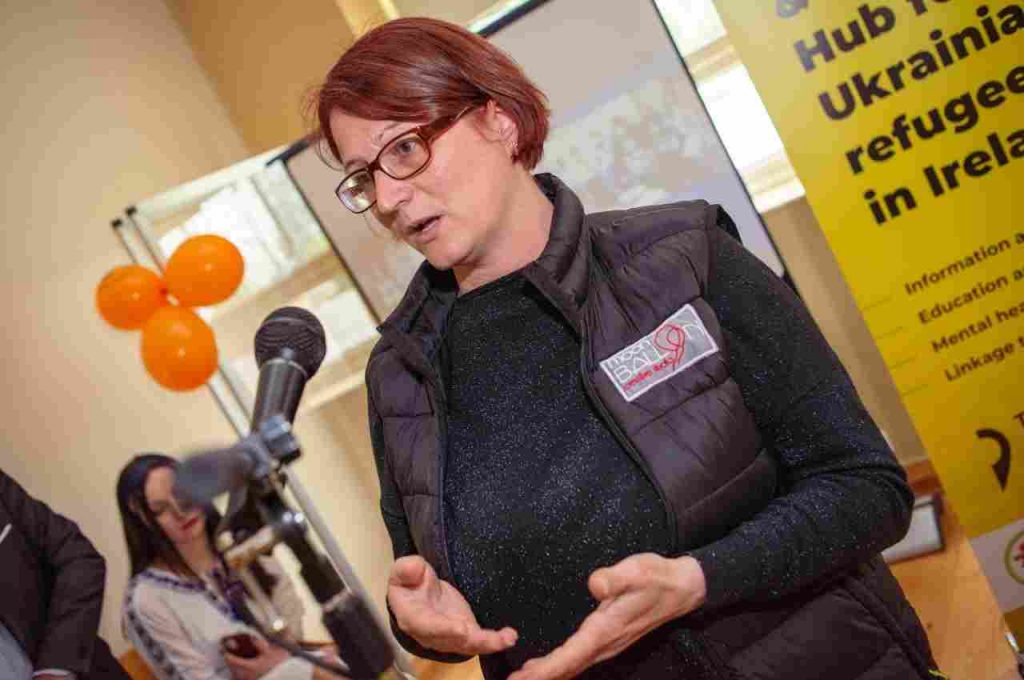 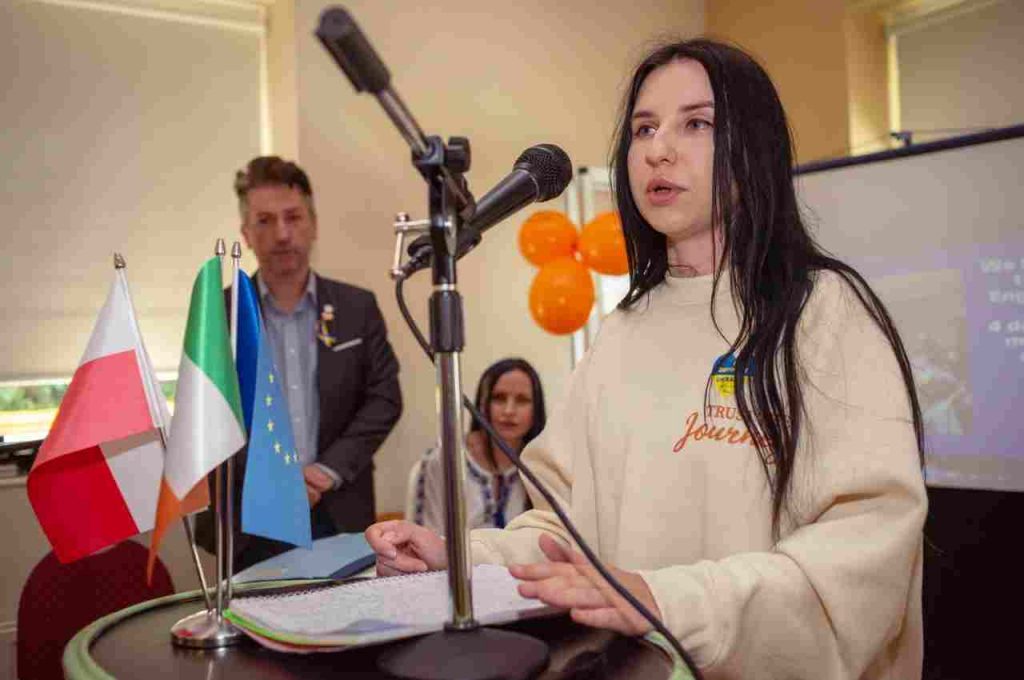 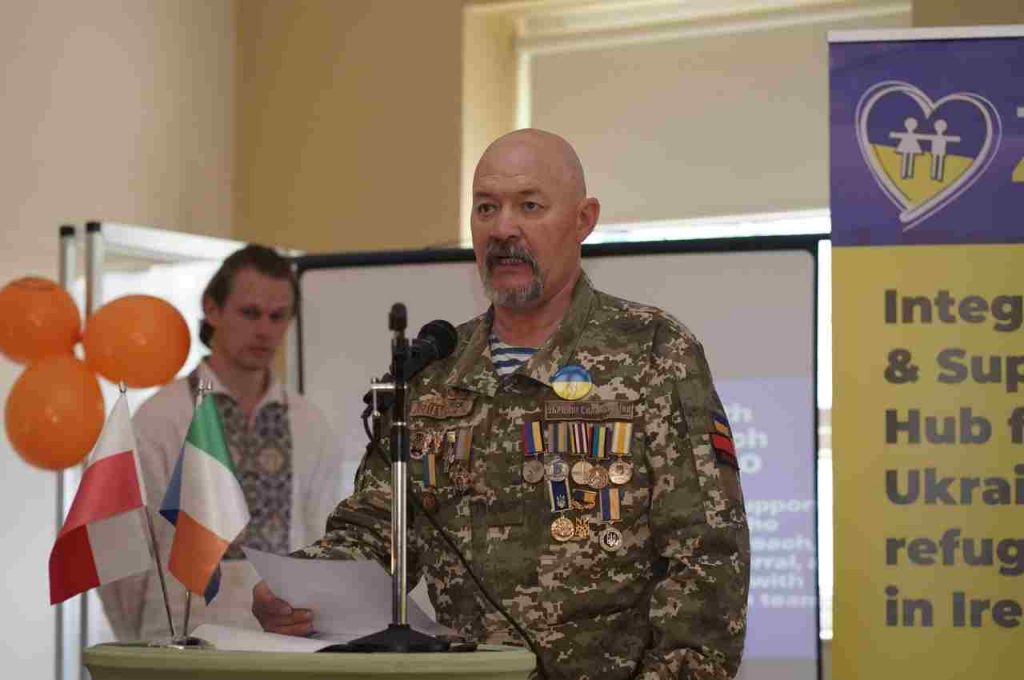 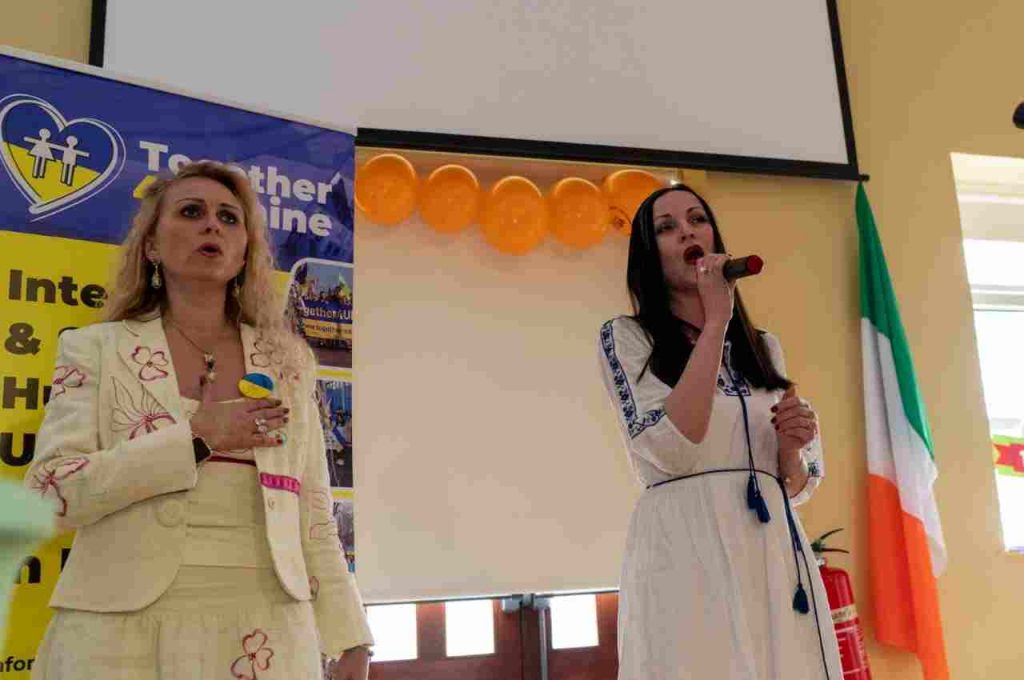 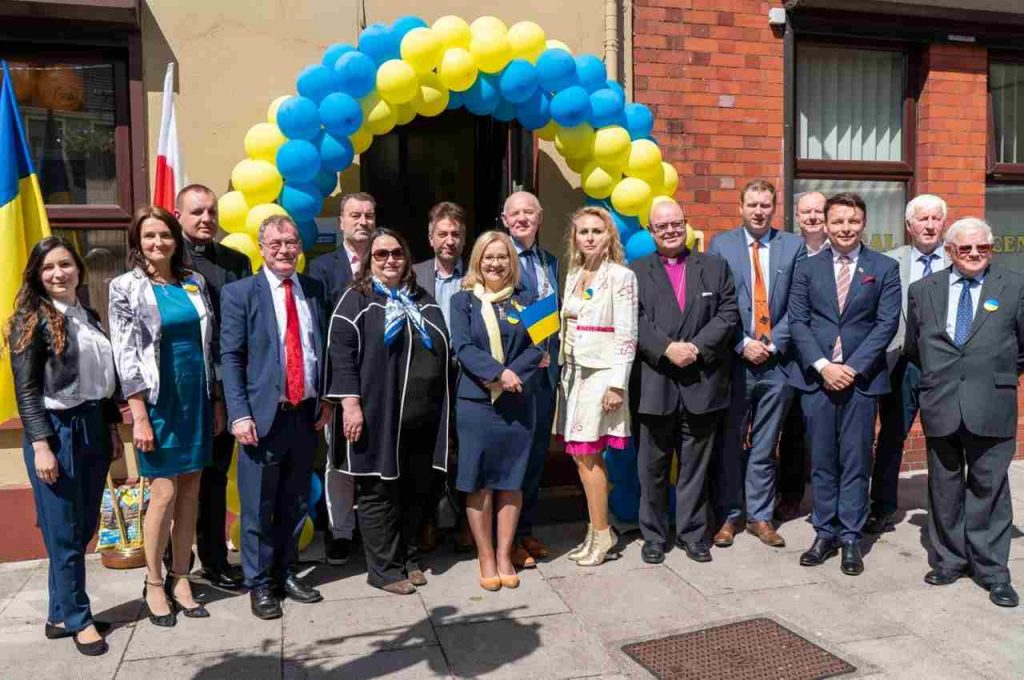 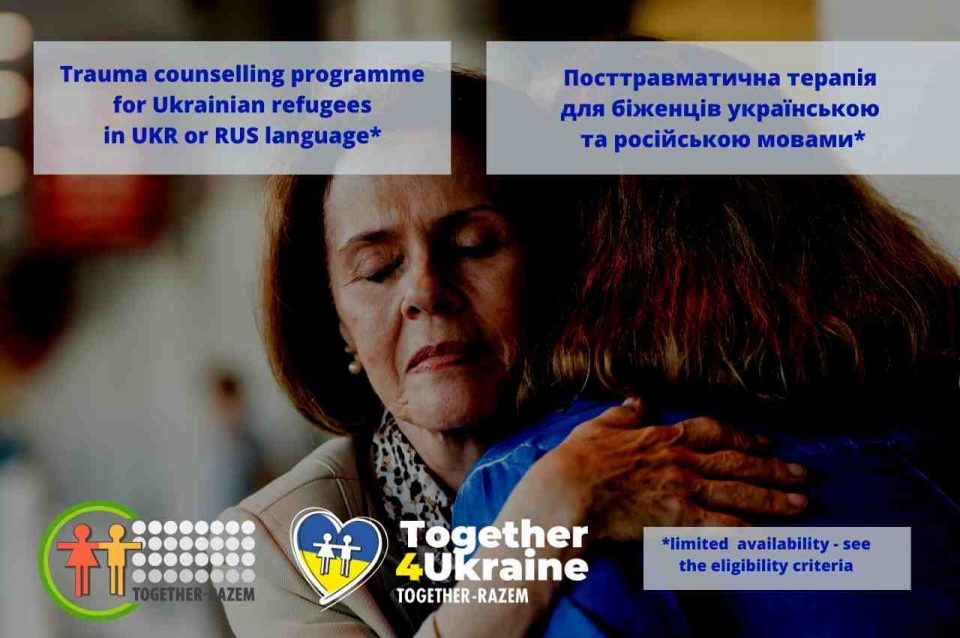 What is trauma and how can it be treated? 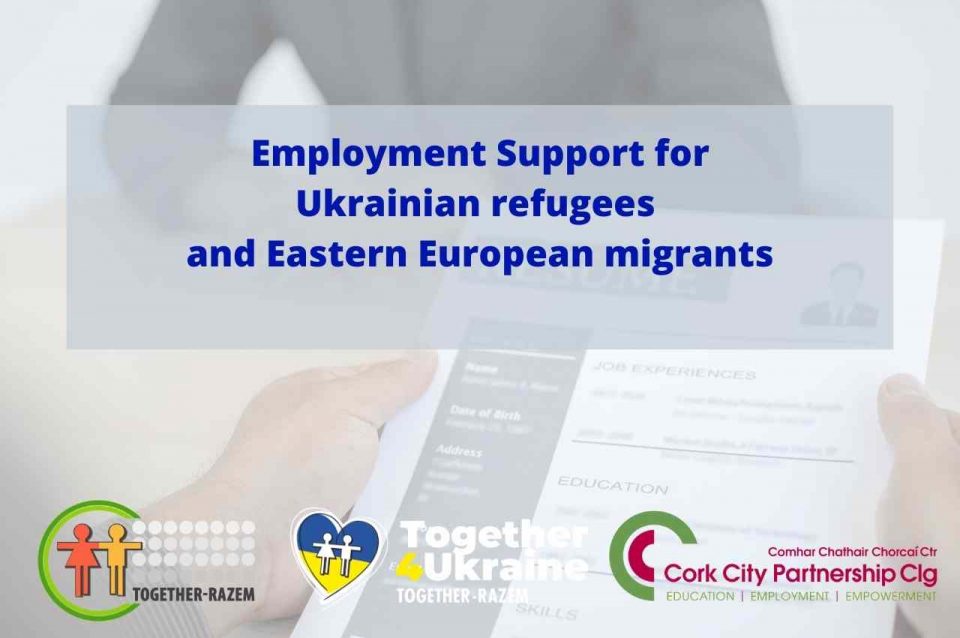 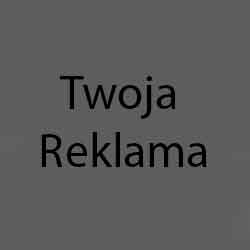